Does the Church Really Want Vocations? 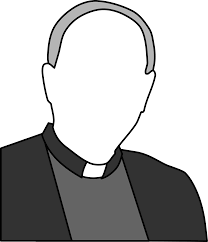 I was privileged to attend seminary – rather late at life at the age of 63 – with the hope of being ordained to the diaconate. Perhaps I shall share with you, those one or two dear readers who might find and read my pedestrian meanderings, a little past history which led up to this occasion.

I was raised in the Episcopalian Church until I was 18, at which time, in my great intellect and genius, I declared myself an atheist and set out to investigate as much of the disordered pleasures of this life as I could get my hands upon. That was a notable failure, a dangerous waste of four years of my life of which I am very blessed to have survive. Dangerous and immoral companions make for a dangerous life, yet for some reason, like a moth to a candle I was drawn to the seediest side of town.

Unfortunately, my conversion from this chosen manner of life transferred me into the company and practices of people on the other spectrum of life – harsh, nasty, vindictive, and very, very self-righteous.  “We are the chosen of God – and you are not” seemed to be their theme, along with a generous helping of homiletic disdain for anyone else who was not of their assembly.

I spent 25 years in various flavors of this sort of  Protestantism.  My conversion to the ancient, catholic faith is something of a miracle, given that I was of the opinion that all Catholics (and Orthodox) have front row seats in hell. My conversion also was one of the happiest times of my life, having cut through the morass of  theological confusion which calls itself Protestantism but has no kinship whatsoever with what the Apostles taught.  It was joyous revelation to me to find the writings of the Early Fathers after so many years of going back and forth between arguments of different denominations, wondering which of the hundreds of different and competing dogmas actually held truth.

This realization created in me a phenomena which has become known in Catholic circles as “convert fever” (aka being more Catholic than the Pope). Convert enthusiasm can be graded from low level but constant interest to raging desire to participate in everything the Church as to offer, making a thoroughgoing nuisance of yourself in the process.  I was of the latter case. If there was a conference, I wanted to be there. Ten liturgies a day would not have been too many. Prayers, reading,  feast days –  ah! They were  all so glorious to me as a new Catholic!  I simply could not get enough.

And then came that wonderful day when +Fr. Michael Shear came out to the ambon after the Liturgy and said the following:

“Some of you may have noticed that we have a serious shortage of altar boys to help me during the Liturgy. If any of you older men are interested in serving the altar, I will be glad to train you.”

I was  in the Sacristy before he had his vestments off, asking him if I could be part of this rich worship which I had come to love. Over the next four years until his untimely death from cancer,  Fr. Shear and I became friends as I faithfully showed up for every Liturgy, every feast day, and every special occasion held in the church.  To this day I still serve the altar at my current parish, and I am thankful to Fr. Mike for opening to me such a wonderful door of service to the Church.

The Byzantine Ruthenian Church reopened its permanent diaconate program a couple of years later.  I wanted to apply, but was informed by my spiritual father that I was still thinking very much like a Protestant rather than a Catholic.  I took his advice and declined to apply for the program at that time. Four years later, a second class was announced and I began filing the necessary paperwork to see if I could be admitted, even at my late age.

I applied because  of my love of serving the altar during the Liturgy. I was also encouraged by two wonderful Carmelite hermits who attended our parish. They both said they felt I would be a good match for that position. To me it would be wonderful to be more involved in the life of the parish and the Liturgy. Sadly, this was not to be.

Fr. Leonard Martin, who had sponsored me into the diaconate program, was replaced by a new priest, who did not get along with me at all. For some reason, all my questions of why he did the things he did – things which are prohibited by the Ruthenian Liturgicon, the book of proper liturgical practice for priests and deacons – were met with terse, cold answers, even though I asked very innocently and without a tone of condemnation. He was less than friendly to me and rebuffed my offers to do more around the parish. Finally, I made a misstep which enabled him to have me thrown out of the diaconate program after completing three years of study.

I was heartbroken, not only to lose this opportunity to serve the Church in a deeper way, but as time went along after this incident, by the way that the hierarchy of the Church treated me. Contrary to that which is in scripture, no one sat down with me to discuss the problem we had, no one contacted me to ask my version of the events that precipitated my dismissal, and no one seemed to really care.  I wrote several letters to our Metropolitan and our Ordinary and they went unanswered. In retrospect, I find this hard to understand when the Ruthenian Church (as well as other churches) are in a constant state of asking men to consider a vocation. Their actions belie the supposed intense desire they have for more clergy.

After being treated in such a manner, my sense was that the Ruthenians had no need for me or my desire to serve their church. I began to attend other parishes, and this sense of uncaring was validated over the next year of my absence during which time no one contacted me at all expressing concern as to my whereabouts. After much prayer  – both to forgive those who treated me with such a lack of charity  as well as for directions – I have wound up attending a small Ukrainian Catholic church in Manassas VA.

From our first meeting, Fr. Petro was  a great friend to me.  Nonetheless, I  did not let him know of my background. It was not my intention to join the parish and try to back door my way into the diaconate, even though it was suggested to me by a couple of friends once they found out I was in another Byzantine Catholic church. I felt that would be dishonest and scheming. It was Fr. Petro who brought the subject up one night when I was treating him to dinner, which very much surprised me. We were walking into the restaurant and I made a comment about my new winter coat, which I had found at an auction.

“Isn’t it nice?” I queried, trying at small talk.

“It would look  nicer with a clerical collar underneath it.”

I was, to say the least, floored by that comment. I had in no way even indicated that I had gone to seminary and completed most of my training there. Over dinner, I informed him of my seminary classes, and told him all the events which had culminated in my dismissal. He was nonplussed.

“Not all priests are easy to get along with.  Not all bishops are either. I’ll write a letter to the vocations director at our eparchy and we’ll see what happens.”

He wrote the letter, sent it, and three weeks after that he was assigned to a new parish. I lost a great friend. Before he left, he told my current pastor, Fr. Alex, everything about me. Fr. Alex has contacted the vocations director to follow up the letter, and has also become a great friend.  He encourages me to be patient and my response is that it is in God’s hands.

Every Sunday we pray the PRAYER FOR VOCATIONS which is making the rounds of the Catholic Church. This past Sunday, after Liturgy, we prayed a Moleben For Vocations. After the prayer service, I said this to Fr. Alex:

“You know, the next time you see his Grace, you might suggest to him that if he wants vocations, he should stop praying and get out here and start ordaining people.“

You know what?  Fr. Alex nodded his head and told me that he agrees with me.

So they can talk all they want, whine about not having enough vocations. Maybe someday the hierarchy of the Church will stop putting all sorts of impediments in the way of men willing to serve and go out and do some actual ordaining. Meanwhile I keep praying for the men who mistreated me (this is not just my opinion – two priests and several friends who heard all the details agree that I was handled with anything but charity) and work to forget and move on.

** POSTSCRIPT –  I has been six months since Fr. Alex contacted the vocations director with the UCC.  As of this posting, May 1, 2017 – nothing. Not even a polite yawn in my general direction.  I have therefore given up on my desire to ever be ordained, and quite frankly, have really struggled with being bitter about it all.  The Church is its own worst enemy in this regard, but I must accept that the omnipotent and omniscient Lord has allowed this to happen for His own good reasons. Perhaps I wouldn’t have been as good a deacon as I imagine myself to be, and my constant presence in the confessional seems to undergird this. Deacons should be holy, and I am distinctly not.  At the same time, if the Holy Father of Rome and the various bishops, priests, and deacons in the Church go to Confession, then perhaps I am in the good company of fellow travelers who all are sinners. Do we not confess in the Liturgy of St. John Chrysostom that …..”I am the first of all sinners” as we prepare for the Eucharist?

Anyhow, that’s it.  My Carmelite friend, Sister Anne, upon hearing my resignation, said to me, “Ed, you don’t know what God might still do.”  True, that…..but….

I’m not exactly holding my breath.